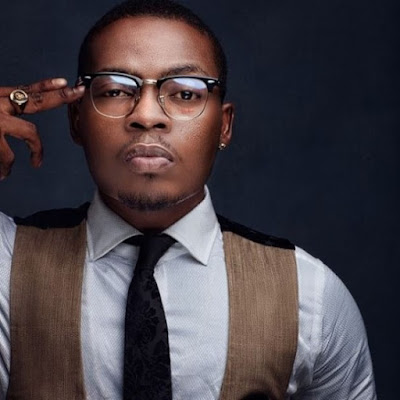 Telecommunications company, Etisalat took to its social media handle to announce the end of the road with rapper, Olamide after three years.

The ‘Shakiti Bobo’ crooner shared their Thank you and thanked them in return. 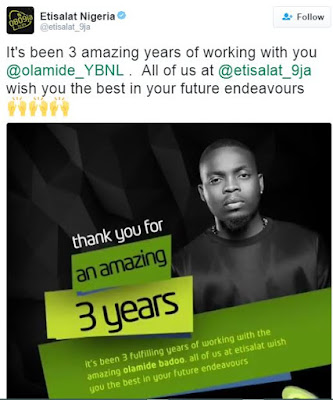 ByAuthor adminPosted on November 12, 2016
Organizers of The Headies award, Hip TV, have released a statement explaining what the Next Rated category means after backlash from fans and artistes alike....
ENTERTAINMENT NEWS LIFESTYLE

ByAuthor adminPosted on December 24, 2016
Tsoule Media sets to release her amazingly designed Magazine ‘Festival Magazine’. It has been a lot of work and creativity to put all of...
SPORTS
ByAuthor David Odinaka UchePosted on May 28, 2020

English football will not return until April 30 “at the earliest”, it has been decided at an emergency meeting between Premier League clubs, but the 2019/20 season will be extended indefinitely.

Officials from all 20 English top-flight clubs spoke over a conference call on Thursday morning to co-ordinate a strategy for completing the fixture list in the wake of the coronavirus pandemic which has led to the suspension of almost all sport.

The deadline for returning to action has also been extended indefinitely as part of an agreement with the FA.

It is understood the discussions centred very much on the here and now, although clubs were shown modelling of how the schedule could look using a variety of possible resumption dates.

Crucially, it is understood no clubs present raised the possibility of the 2019-20 season being declared null and void. West Ham vice-chairman Karren Brady had suggested that was one solution in…

President Buhari appoints 42 diplomats as an Absu lecturer happens to be one them. See list