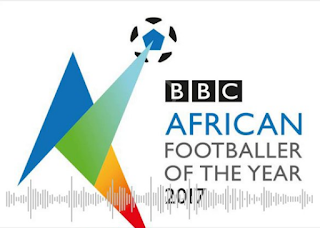 Hosts Peter Okwoche and Mimi Fawaz will be joined by special guests including Cameroon’s midfield maestro Arnaud Djoum, who played in his country’s Africa Cup of Nations-winning side; a member of Nigeria’s ‘golden generation’, Emmanuel Amunike, Olympic gold medallist from 1996 and former player for many teams including Barcelona; and Jean Sseninde of Uganda’s national team and Crystal Palace Ladies squad.

To vote and keep up-to- date with all the latest BBC African Footballer of the Year news, fans can visit the website and search #BBCAFOTY on social media.

The winner will be revealed live during Focus on Africa on BBC World News and BBC World Service on Monday 11 December at 1745 GMT, as well as a special half hour programme on BBC BRIT at the same time.

Diego Costa has been fined for not going to training

ByAuthor adminPosted on August 14, 2017
Chelsea have fined Diego Costa two weeks’ wages for failing to return to training as the dispute over his future rumbles on, according to...
SPORTS

ByAuthor adminPosted on August 14, 2017
Chelsea of England manager, Antonio Conte has admitted he missed the services of Victor Moses in Saturday’s 3-2 loss at home against Burnley, but...