BY admin
Muhammadu Buhari has denied barring African Independent Television (AIT) from covering his activities and said he only became aware of the matter after the public uproar it generated.
AIT had been barred from covering his activities on Monday, but the APC overturned the decision the following day. Buhari says he was neither consulted nor informed about the AIT barring. And in a statement released on Wednesday evening by Garba Shehu, the head of the media and publicity directorate of the APC presidential campaign, Buhari was quoted as saying:

“The time of change has come and we must avoid making the same mistakes that the
outgoing government made.”

Shehu’s statement said Buhari has instructed all his staff, including the personnel attached directly to him, “to steer clear of all dealings with the media, and leave all media affairs to his official media team”. Adding that his media team should be left to deal with their media colleagues as they best knew how.

“I would like everyone to henceforth stay within his/her defined area of responsibility.”

On Monday, Shehu had said AIT has been asked to step aside based on security and family concerns. In addition, that Buhari has decided that they will have to resolve some issues relating to issues of standard and ethics.

You can quote me that I said that we have asked them to step aside and that we are resolving the the issues of ethics and standards with them.” 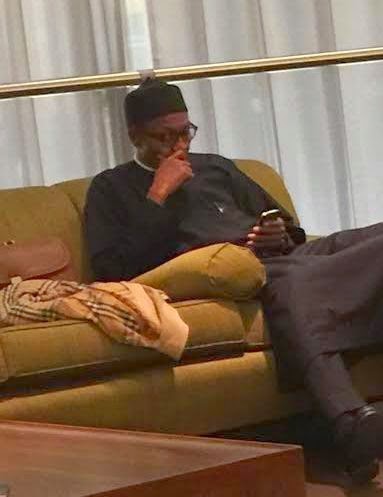 Ooni of Ife to Embark on a Tour of Europe

ByAuthor adminPosted on August 21, 2016
The Ooni of Ife, Oba Enitan Adeyeye Ogunwusi (Ojaja II) will embark on a tour of Europe in October, 2016. The trip is organized by African Cultural...
Uncategorized

FACTS: ‘ I do squats To Make My Buttocks BIG & Never Mind I Know I’m A $ex Symbol’ – Moyo Lawal Boasts

ByAuthor adminPosted on May 2, 2015
Moyo Lawal in a new interview with a Punch reporter has confessed she works hard on making her buttocks big and she is very much aware...
SPORTS
ByAuthor David Odinaka UchePosted on June 25, 2020

Trophy presentation would be live at Anfield after there next Game a Big Congratulations to Liverpool the Draught is Over.